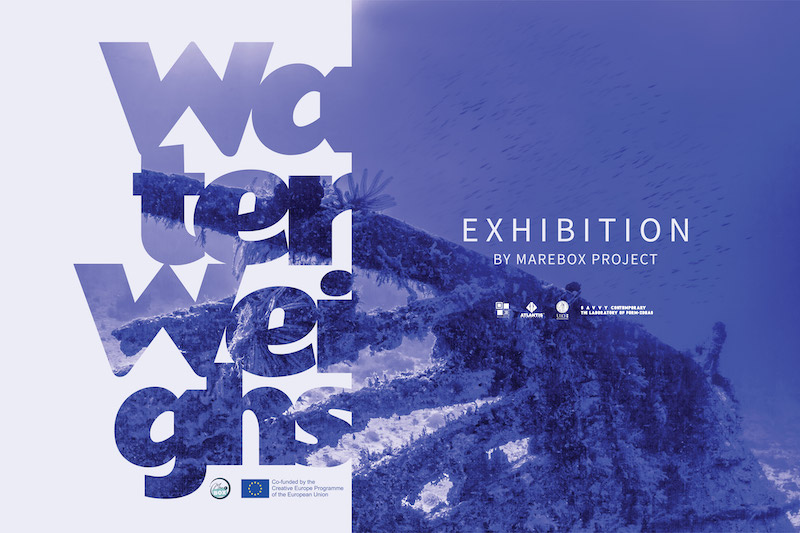 MAREBOX Project presents in Thessaloniki, at a world premiere, the international exhibition of European artists, titled “Water Weighs”. Ten artworks will be presented to the public with central theme the illumination of the timeless elements that constitute the Mediterranean Sea (Underwater Culture). The exhibition will be hosted at the Emilios Riadis Building of the Thessaloniki International Fair and then it will continue its journey to relative exhibition halls in Berlin and Cosenza. The opening will take place at HELEXPO – The International Fair of Thessaloniki, at Emilios Riadis Building, on Sunday October 17 at 19:00. The exhibition will run from 18 to 27 October. Next venues for the “Water Weighs” exhibition (following Thessaloniki) will be Berlin (Germany) and Cosenza (Italy).

The exhibition is an outcome of MAREBOX Project, which is co-funded by the Creative Europe Programme of the European Union (CALL ID: Bridging culture and audiovisual content through digital – EACEA 06/2019). Water Weighs Exhibition is organized in Thessaloniki, Greece by Atlantis Consulting S.A. and curated by SAVVY Contemporary, partners of MAREBOX. 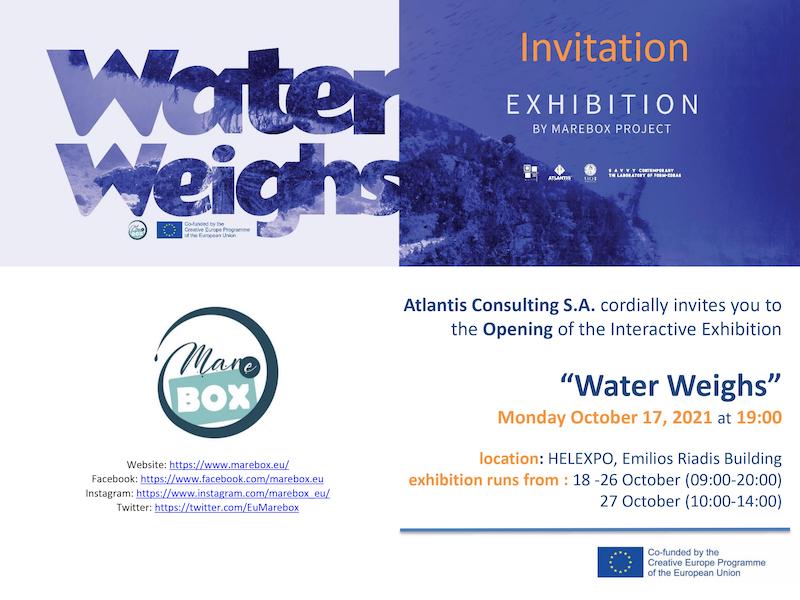 For more information about Water Weighs exhibition in Thessaloniki, you may find the Press Release in English and Greek.