It is the last quarter of the 5th century B.C. and a large merchant ship transporting Athenian black glaze ceramics and heavily loaded with wine and olive oil on its return from Northern Greece – and possibly the Black Sea – is traversing the waters of the Sporadic Islands in the Aegean Sea.

Today, the ship’s remains still reside on the rocky seabed 30 meters below the surface in the straits between the islands of Alonnisos and Peristera. 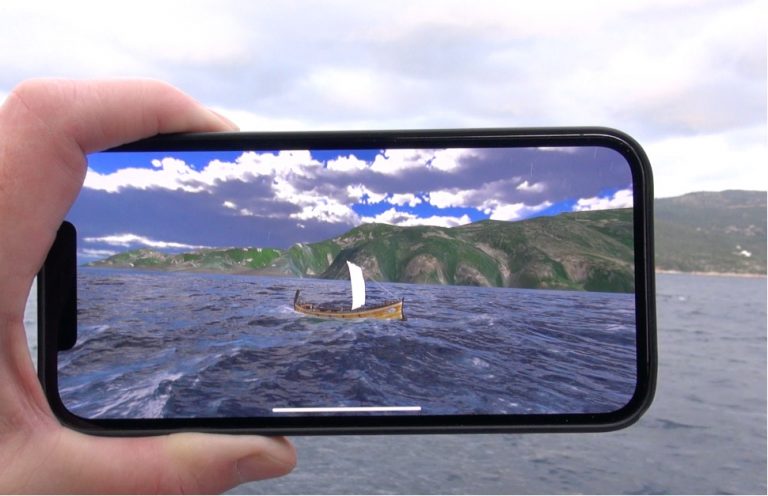 Based on archaeological evidence of Dr. Elpida Hadjidaki-Marder’s underwater excavations, still in early stages, a hypothetical reconstruction of the ship’s last hours before its demise has been developed as an Augmented Reality (AR) situated simulation.

The experimental application was recently tested on location.

One design challenge of this application was to create an AR reconstruction of a historical event that could be used both from land and at sea; another was to combine a dry dive with high resolution scans of artifacts from the excavation using 3DHOP – the 3D Heritage Online Presenter.

A video demo of the Augmented Reality simulation in use is available below.