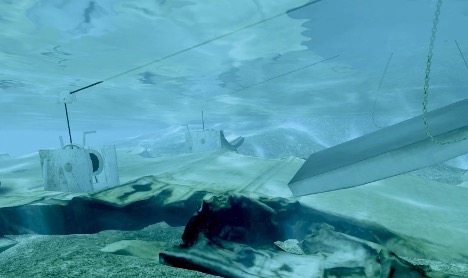 In summer 2021, the testing of a WW II, geo-localized “dry dive” application took place in Phalassarna, Western Crete, Greece. The mission included the on-site testing of an early version of the Augmented Reality simulation developed by the University of Oslo, under MAREBOX project.

The wreck is situated in shallow waters, next to the ancient fortified harbor of Phalassarna, which was originally built in the 4th century BC and destroyed by the Romans in the 1st century BC. The ancient city of Phalassarna has been under excavation since the late 1980s, under the direction of Dr. Elpida Hadjidaki, while the history and background of the WW II wreck that was sunk during the ‘Battle of Crete’ in May 1941, has been researched by Dr. Michael Bendon.

The AR simulation of the wreck includes a ‘dry dive’ around the wreck with a series of information posts, explaining the wreck’s construction and its current condition. Within the app, the user can also experience the attack and sinking of the vessel by German Stuka bombers during the final stages of the Battle of Crete. Based on the testing, the application is now under revision and further development before final publication later in the fall of 2021.